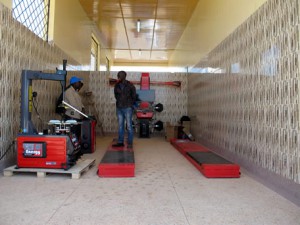 Regnol Oil Kenya Ltd was incorporated in Kenya in 2004 as a company limited by shares under companies ordinance.

Regnol Oil started fuel business in October ’09 importing fuel up to 8,000,000 liters per month through third party storage (Mbaraki Terminal) in Mombasa, which was strategically convenient for our operations due to its offshore grounds to the seas.

Regnol has since grown its fuel business by opening up retail outlets in Nairobi and Mombasa through via hospitality depots. Regnol also has Transportation and Storage agreements with Kenya Pipeline Company (KPC) giving the company an upper edge in the competitive business environment. Through KPC depots in Eldoret, Nakuru and Kisumu, Regnol supplies petroleum products to local markets and as well exports to other East African countries, namely Southern Sudan, DRC Congo, Uganda, Rwanda and Burundi.

We currently have 2 modern stations along Jogoo Road/Donholm area in Nairobi County,, one in Nakuru County, one in Kisii County, one in Taita Taveta County, one in Mumias town, complete with a ultramodern service centres, car wash, wheel alignment and balancing services, restaurants and supermarkets.

New projects to increase the number of stations to 15 are underway and will be complete by end of 2016. Some of the new Regnol Stations include: Kisumu Service Station, Kisii Service Station, Keroka Service Station, Ruiru Service Station, Juja Town Service Station, Rironi Serice Station (along Waiyaki Way), Likoni Road – 2 stations (South B, Nairobi), Likoni Road (Industrial area, Nairobi) among many others.
In 2011, Regnol Oil Limited Uganda was incorporated as a subsidiary to the larger Regnol Group of Companies. The company began selling bulk fuel to customers in the larger Ugandan Market, supplying on average close to 3,000,000 liters a month. We currently have two strategic and ultramodern stations in Kampala and plans to acquire at least ten more retail stations with loading and offloading facilities for bulk petroleum sales are underway, and will be concluded before end of 2017.